All these Heat and Mass Transfer Objective Questions are from the previous years’ papers of one of the exams mentioned before. 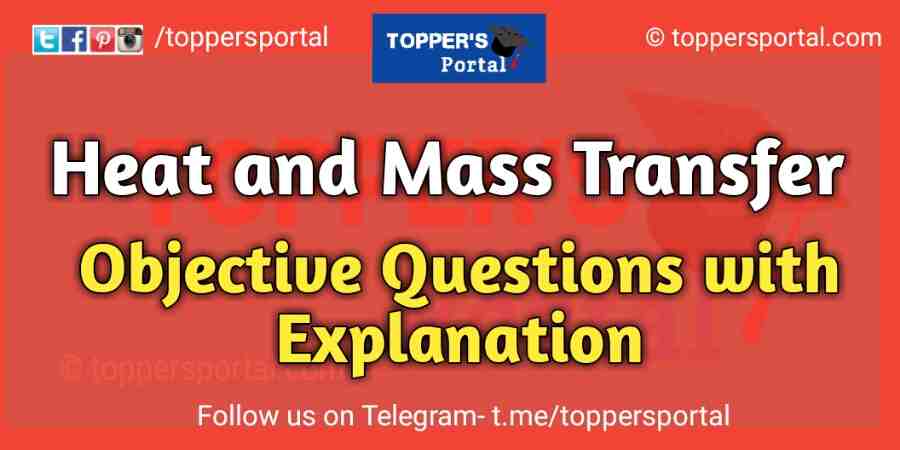 1. The fraction of radiative energy leaving one surface that strikes the other surface is called?

D. The emissive power of the first surface

2. Prandtl number of a flowing fluid greater than unity indicates that hydrodynamic boundary layer thickness is –

A. greater than the thermal boundary layer thickness

B. equal to the thermal boundary layer thickness

Correct Answer is A

3. Which one of the following numbers represents the ratio of kinematic viscosity to the thermal diffusivity?

Prandtl Number is named after the German physicist Ludwig Prandtl.

4. Which one of the following non-dimensional numbers are used for transition from laminar to turbulent flow in free convection?

Grashoff Number: It is the ratio of the buoyancy to the viscous force acting on a fluid.

5. Heat transfer takes place according to –

A. Zeroth law of thermodynamics

B. 1st Law of thermodynamics