Here are some important Indian Freedom Struggle Movements that took place during the time of Mahatma Gandhi. It was Mahatma Gandhi’s participation that helped India to get out of the shackles of British India.

After returning to India in 1915, Mohandas Karamchand Gandhi (Bapu) traveled to various parts of India. Gandhiji worked towards removing the evil practices from the Indian society and unite the Indians against the British.

These basic notes on the following important events of the modern Indian History will help you guide in the SSC CGL,  SSC CHSL,  SSC MTS, Banking, IBPS, and all government and other types of competitive Exams.

Under the Non-Cooperation Movement, people of India decided to-

Read More- Geographical Epithets of India and the World

Autobiography: The Story of My Experiments with Truth

The Argumentative Indian: Writings on Indian History, Culture and Identity 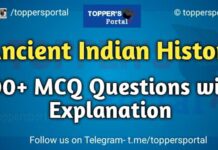