These are also called terrestial planets which means earth like planets.

– smallest planet
– fastest revolving palnet around the. sun but rotation is slower than earth.
– not the hottest planet although closest to the sun.
– has a thin atmosphere, so trapping of heat is lesser.
– planet is highly dense and 2nd in list after earth.
– Mercury has no moon

Venus
– 2nd planet from the sun
– brightest planet
– has a thick and toxic atmosphere of CO2 which reflects a lot of sunlight
– hottest planet due to the presence of yellowish sulfuric acid cloud which absorbs a lot of heat
– it is called earth’s twin because of its size and density.
– takes 243 days to complete one roation, makes day longer than year.
– it rotates in clockwise direction
– has a surface temperature of 475 deggree Celsius.
– No. of Moons: No Moon

Mars:
– fourth planet from the sun
– is called reddish palnet because of reddish iron oxide onnits surface.
– No. of Moons: 2 (Phobos, Deimos)
– It has a very thin atmosphere made of carbon dioxide, nitrogen, and argon.

– it is fifth planet from the sun
– Largest planet of the solar system
– Jupiter’s atmosphere is made up mostly of hydrogen (H2) and helium (He).
– the Great Red Spot is a gigantic storm and it is about twice the size of Earth
– Jupiter doesn’t support life but some of its moons might support as they have oceans beneath their crust.
– NASA’s Juno orbiter – is currently exploring this gas giant.
– No. Of Moons- 53+26=79

Saturn
– 6th planet from the sun
– 2nd largest planet of solar system
– like Jupiter, it is also made mostly of hydrogen and helium.
– a unique planet as it has thousands of rings made up of ice and rock chunks
– No. Of Moons- 53+29=82

Uranus
-Discovered in 1781 by William Herschel
– third largest planet of the solar system
– Like Venus, Uranus also rotate clockwise
– First planet to be discovered with the help of telescope
– Uranus is called ice giant, as most of its mass is a hot dense fluid of icy materials- water, methane and ammonia.
– Uranus has 13 known rings.
– Has a atmosphere of hydrogen and helium and also methane
– Methane makes Uranus blue
– Most remarkable feature: highly tilted rotational axis
– Voyager 2 is the only spacecraft to fly by Uranus
-No. Of Moons- 27

Neptune
– It was discovered in 1846 by Urbain Le Verrier, John Couch Adams, and Johann Galle.
-spacecraft visited Neptune is Voyager 2
-Neptune has a thick, windy atmosphere.
-It has six rings but hardly visible
-No. Of Moons- 14

– are rocky, airless remnants left over from the early formation of our solar system
– Asteroids, sometimes called minor planets
– Asteroids – planetoids – were first discovered in 1801
– The size is from few meters to hundreds of kilometres in width
– generally found between mars andJupiter forming a belt called Asteroid belt.

– in 1951 Gerard Kuiper predicted belt of icy objects beyond Neptune.
– Discovered by David Jewett and Jane Liu in 1992.
– It is a collection of icy objects outside the orbit of Neptune called Kupier Belt objects.
– It ranges from 30 AU to 50 AU
– Famous KBOS are dwarf planets like Makemake, Haumea, Eris and Pluto

– lumps or small pieces of rock and iron that orbit the sun.
– on coming closer to a planet (earth), gravitation pulls them in

– Meteoroids with Bright streaks of light in the sky
– meteoroids Start burning on entering earth’s surface due to friction
-Also known as Shooting Stars, but they are not stars.

– Meteoroids that fall on a planet (earth) or moon

Comets
– cosmic snowballs of frozen gases, rock, and dust moving around the sun in elongated orbit.
– glowing gases and tail form tail of the comet
Halley comet appears after 76 years, last appeared in 1986 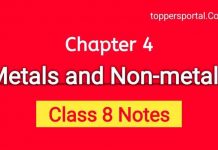 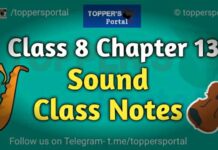 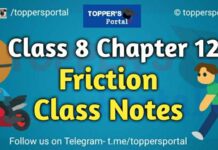 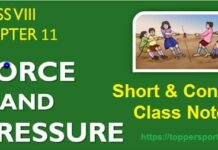