In this article, we are enlisting the 2020 US Open tennis results. This article important for the upcoming exams, especially for exams like UPSC, SSC CGL 2020, SSC CHSL, RRB NTPC from the current affairs perspective. 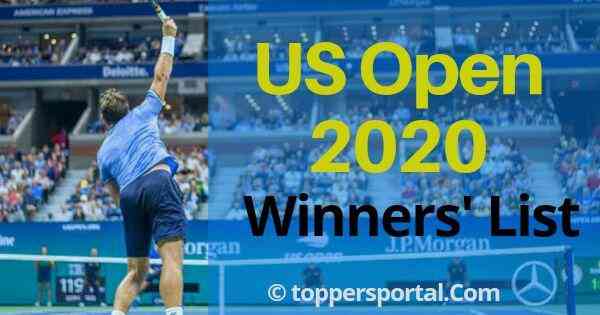 The US Open tennis tournament is the final grand slam (Total: 4) of the year. The tournament was founded in 1881 when only men’s singles and men’s doubles were the part of the tournament.

The Men’s Singles Final was played on 13th September at 4:00 PM.

Winners:- Mate Pavic of Croatia and Bruno Soares of Brazil defeated Wesley Koolhof of the Netherlands and Nikola Mektic of Croatia(7–5, 6–3).

Winners:- Laura Siegemund of Germany and Vera Zvonareva of Russia

Runners-up:- Nicole Melichar of America and Xu Yifan of China